Visited the largest publicly viewable wasabi farm in Japan, located a short train ride north of Matsumoto in the centra l area of the country. 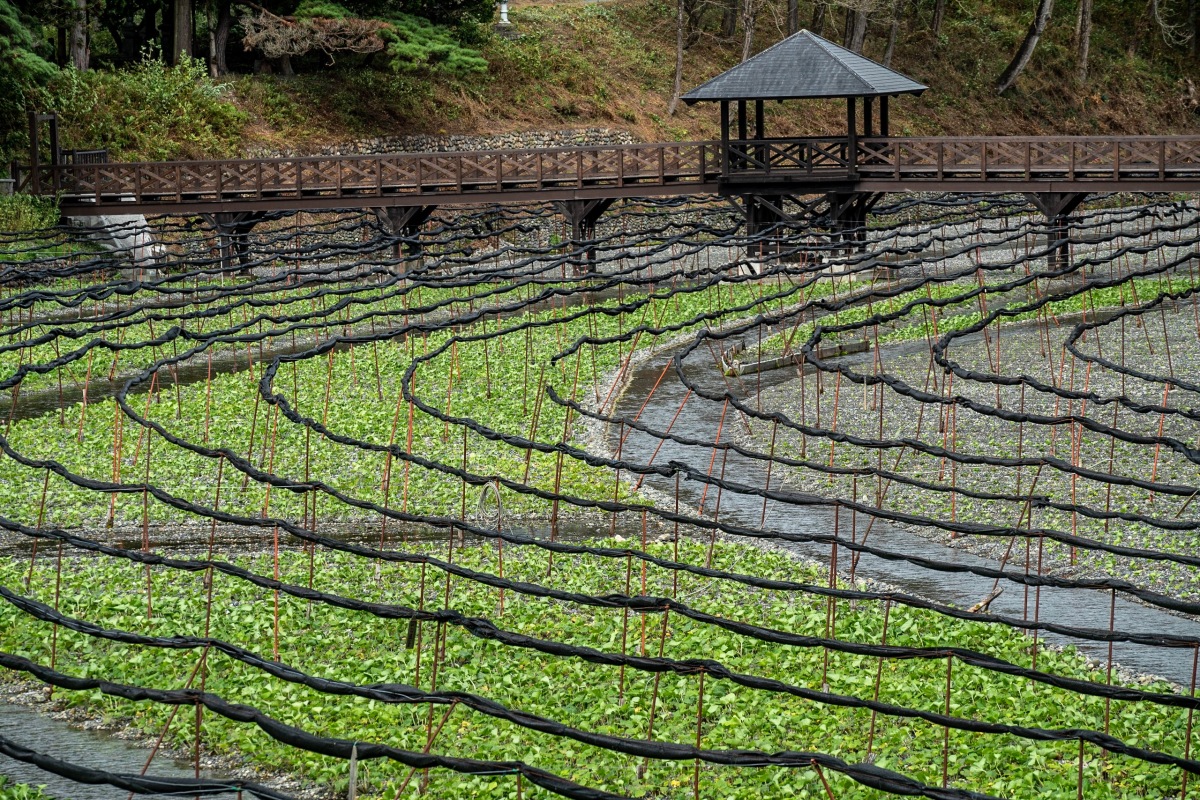 The wasabi plant occurs naturally in rivers in Japan, China, Taiwan, Korea, and New Zealand. Wasabi grows in wet areas, and attempting to recreate its environment can be very difficult—some experts consider it the most difficult plant to grow commercially.

Real wasabi, until grated from the root, isn’t spicy. When grated in a circular motion, a paste is formed and hot vapors are released, and traditional Japanese restaurants will grate fresh wasabi to order. Wasabi loses its pungency after a mere fifteen to twenty minutes, so it needs to be served immediately after it’s turned into a paste.

The “wasabi” consumed in restaurants around the world is almost always an imposter: a green dyed blend of horseradish powder and mustard, two similar roots that are far cheaper. A pound of wasabi can sell for up to $100.

Actual wasabi is smoother tasting than the horseradish-mustard medley we commonly consume and instead of creating a sensation in the tongue and mouth, real wasabi impacts the nasal passages more.

Wasabi is extremely delicate and must be grown in a place that is cool with plenty of pure, clean flowing water. As wasabi is vulnerable to high temperatures and direct sunlight, a cover of trees or black cloth is employed to provide shade.