Mt Kinabalu in Borneo is 14,000 ft high and the 20th “most prominent” peak in the world. The mountain and its surroundings are among the most important biological sites in the world, with between 5,000 and 6,000 species of plants, over 300 species of birds, and more than 100 mammal species identified. Among this rich collection of wildlife are famous species such as the gigantic Rafflesia plants and orangutans. We didn’t see any orangutans because they are further into the wild than we were prepared to go. But we did see a few Rafflesias. The full day tour was organised through downbelowadventures,  http://www.downbelowadventures.com located in Kota Kinabalu, and they were great to work with throughout. 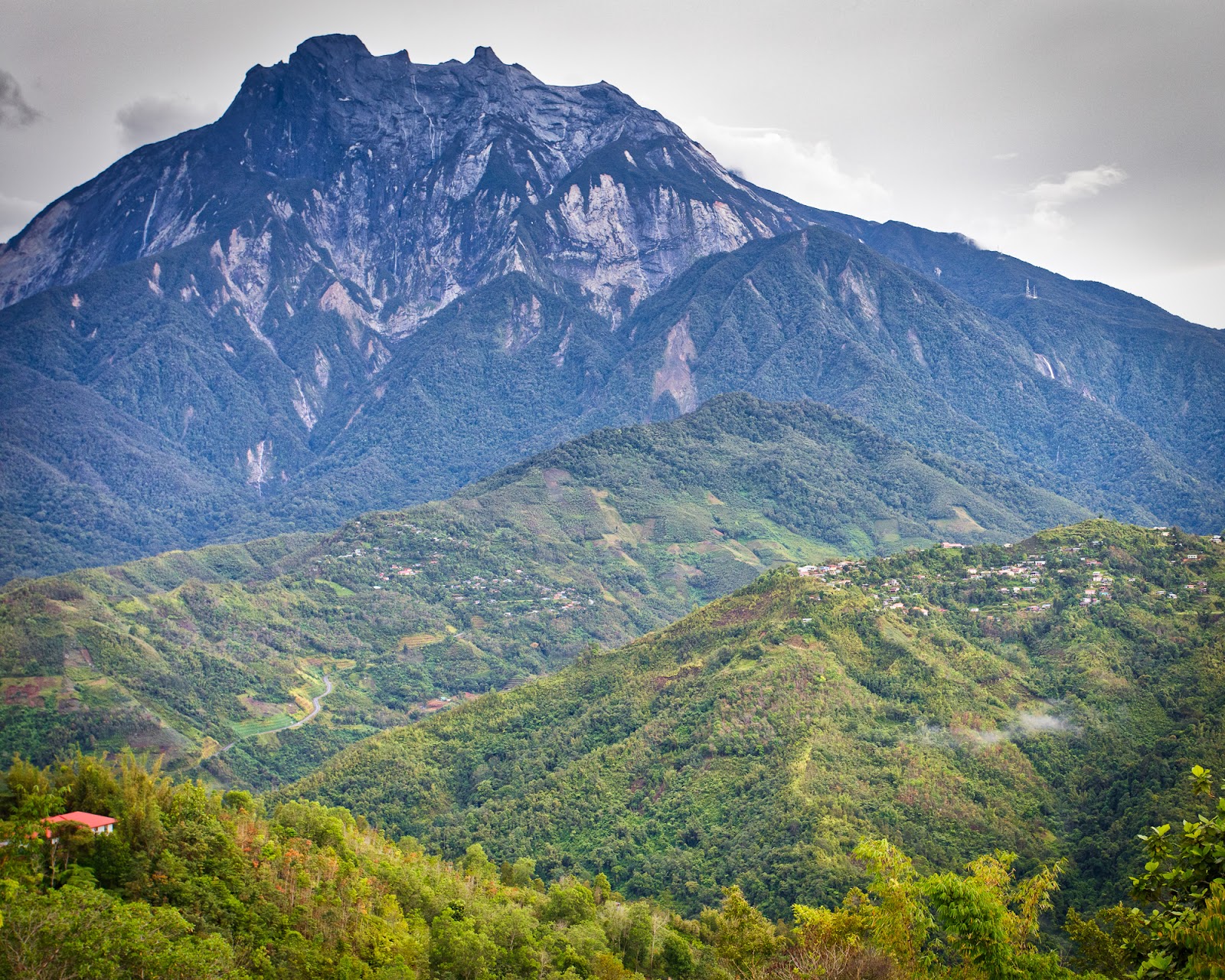 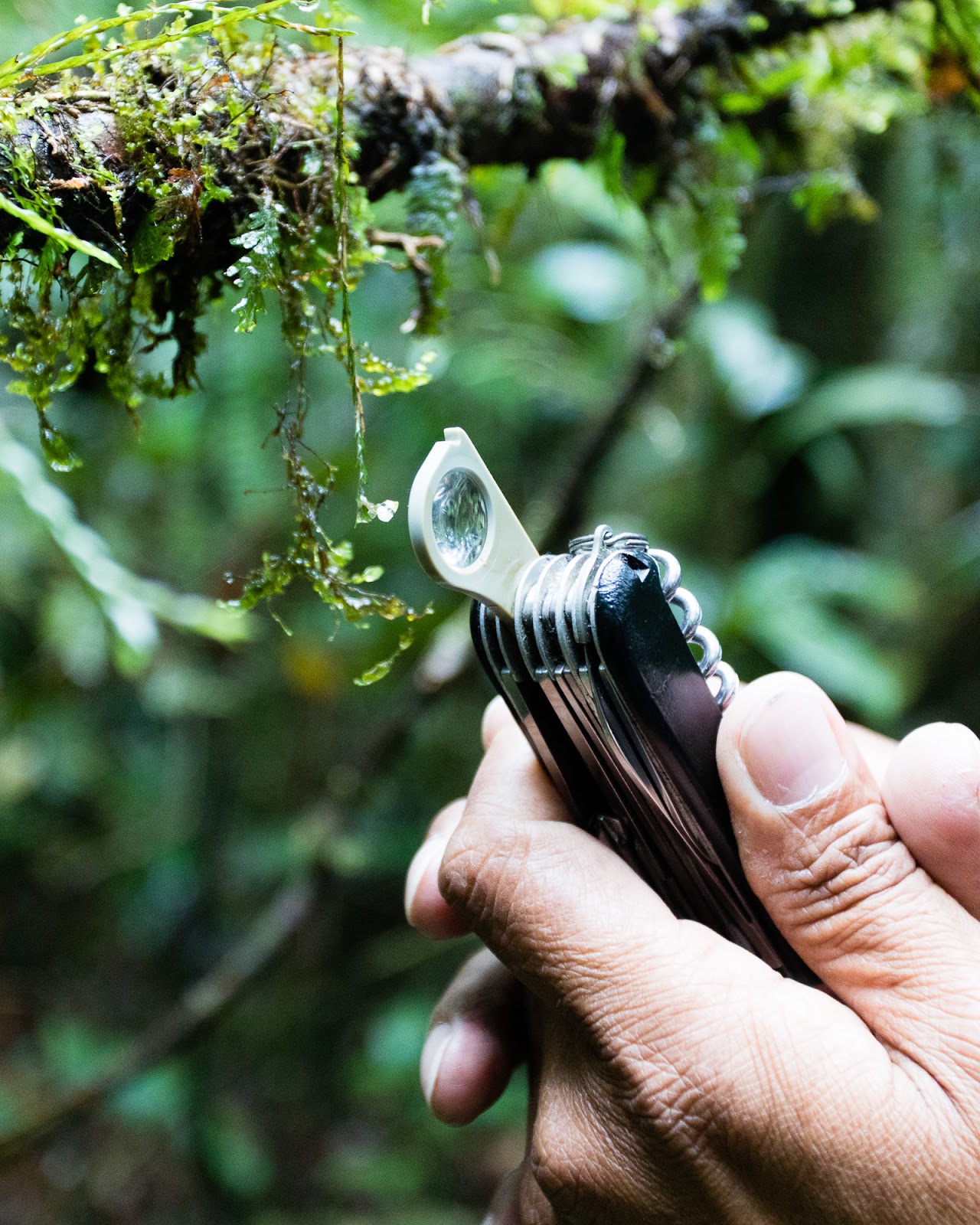 We had a wonderful guide, Walter, who pointed out a number of things that we would certainly have missed, including this orchid, the world’s smallest. 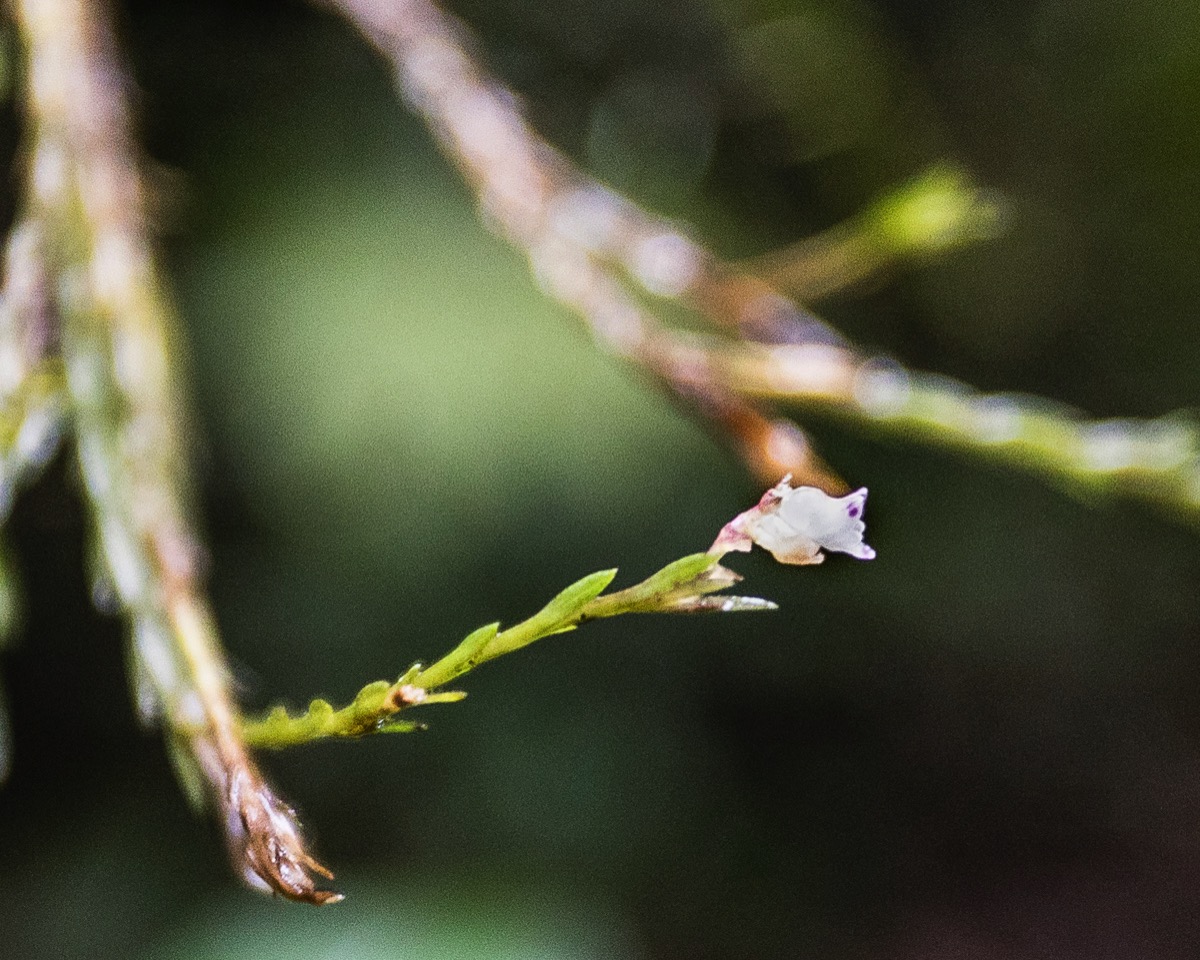 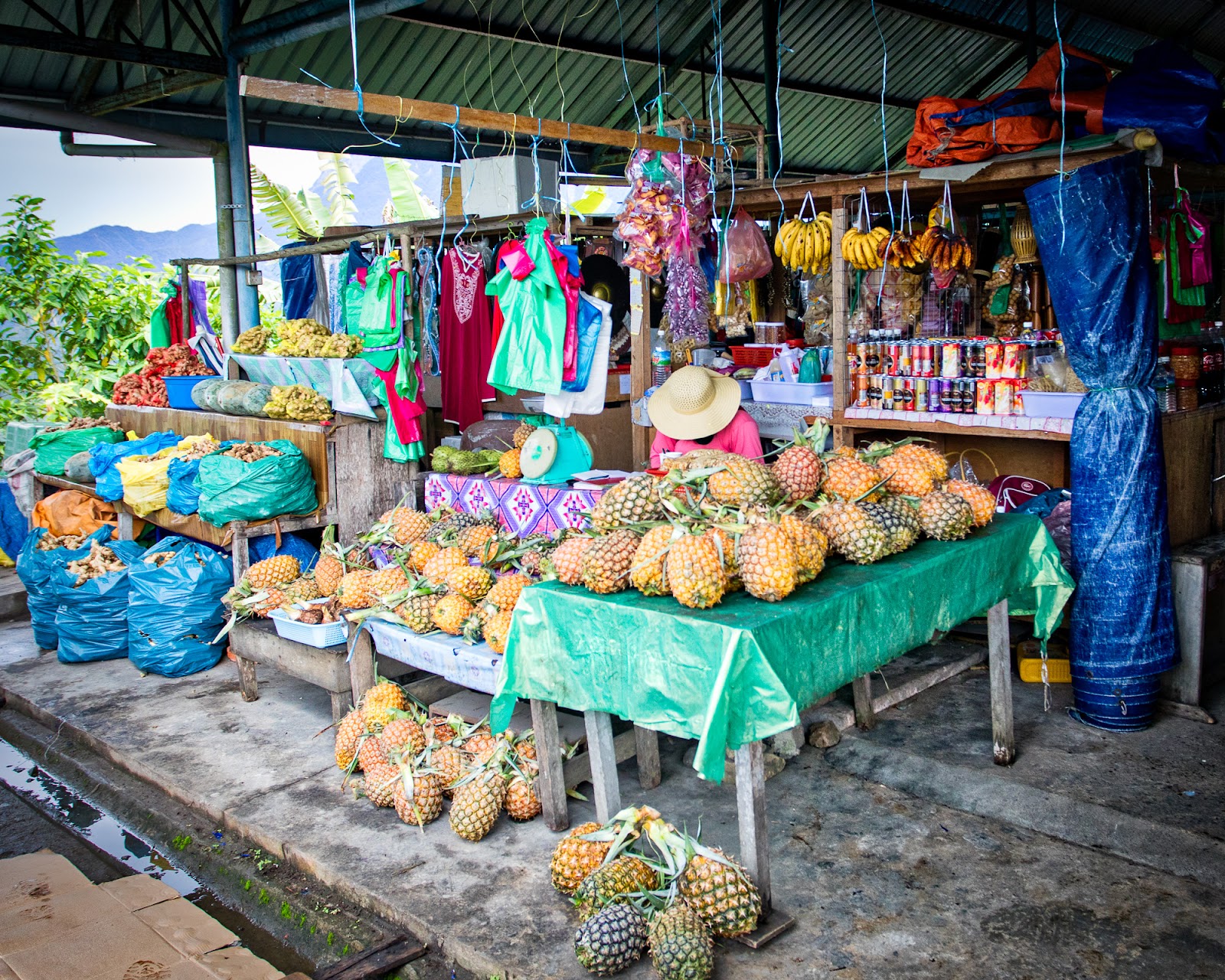 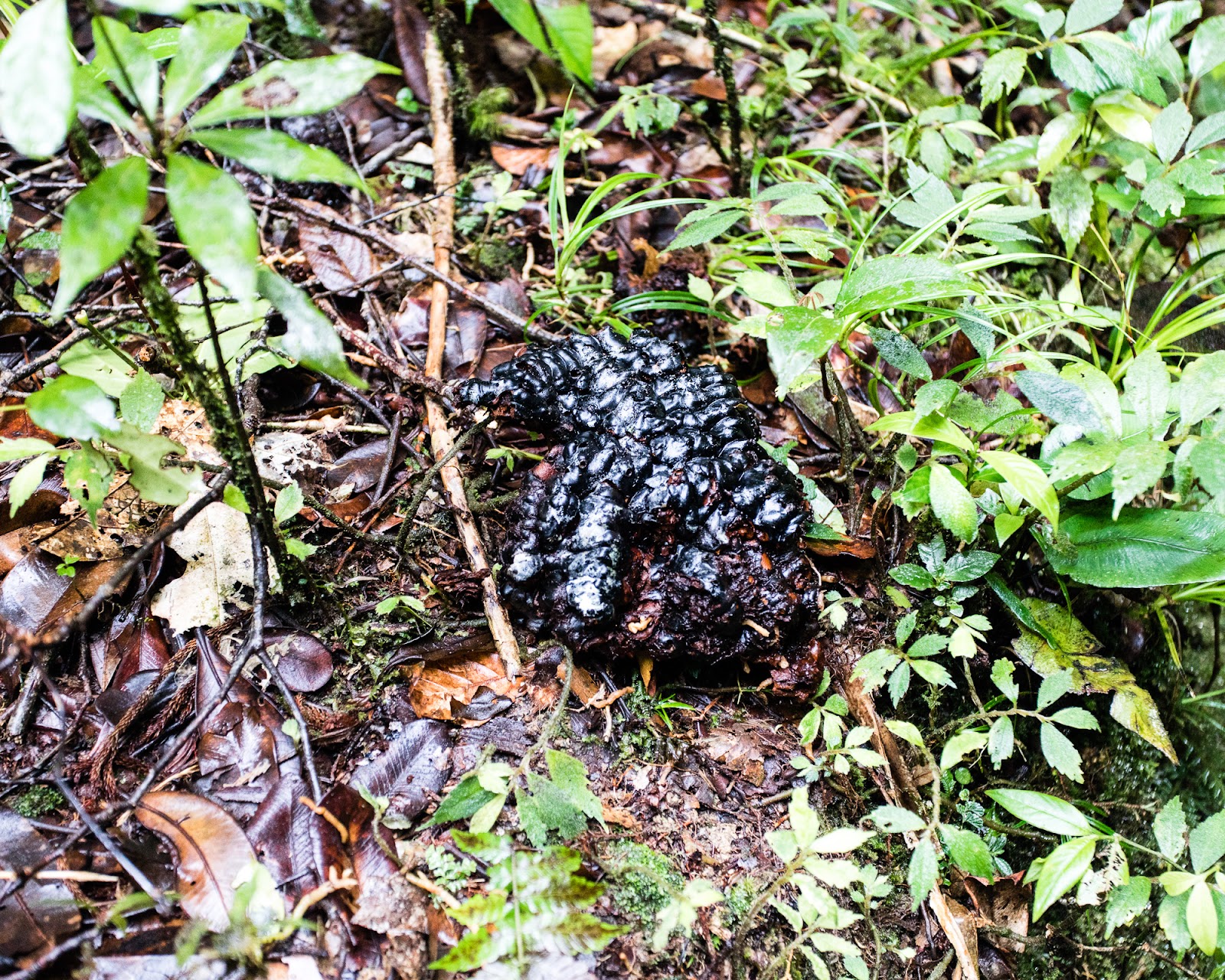 An ants nest on the jungle floor – probably best avoided. 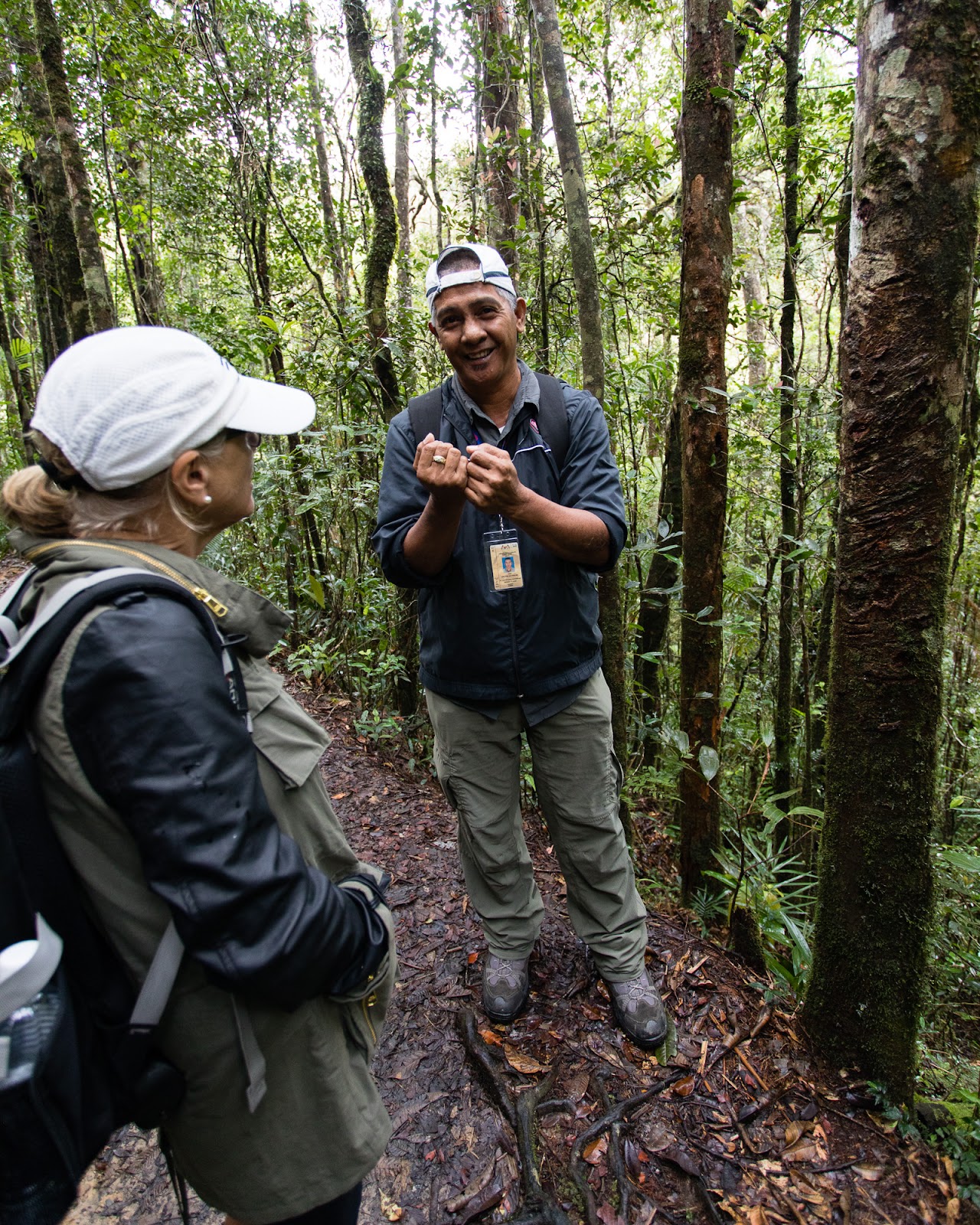 Our guide Walter explaining how the sap of this tree is drained near the roots, then allowed to dry before being ground into a powder. The powder is then put on a dart in a blow pipe and used to paralyze animals. The area around the wound caused by the dart is never eaten because of the poison. 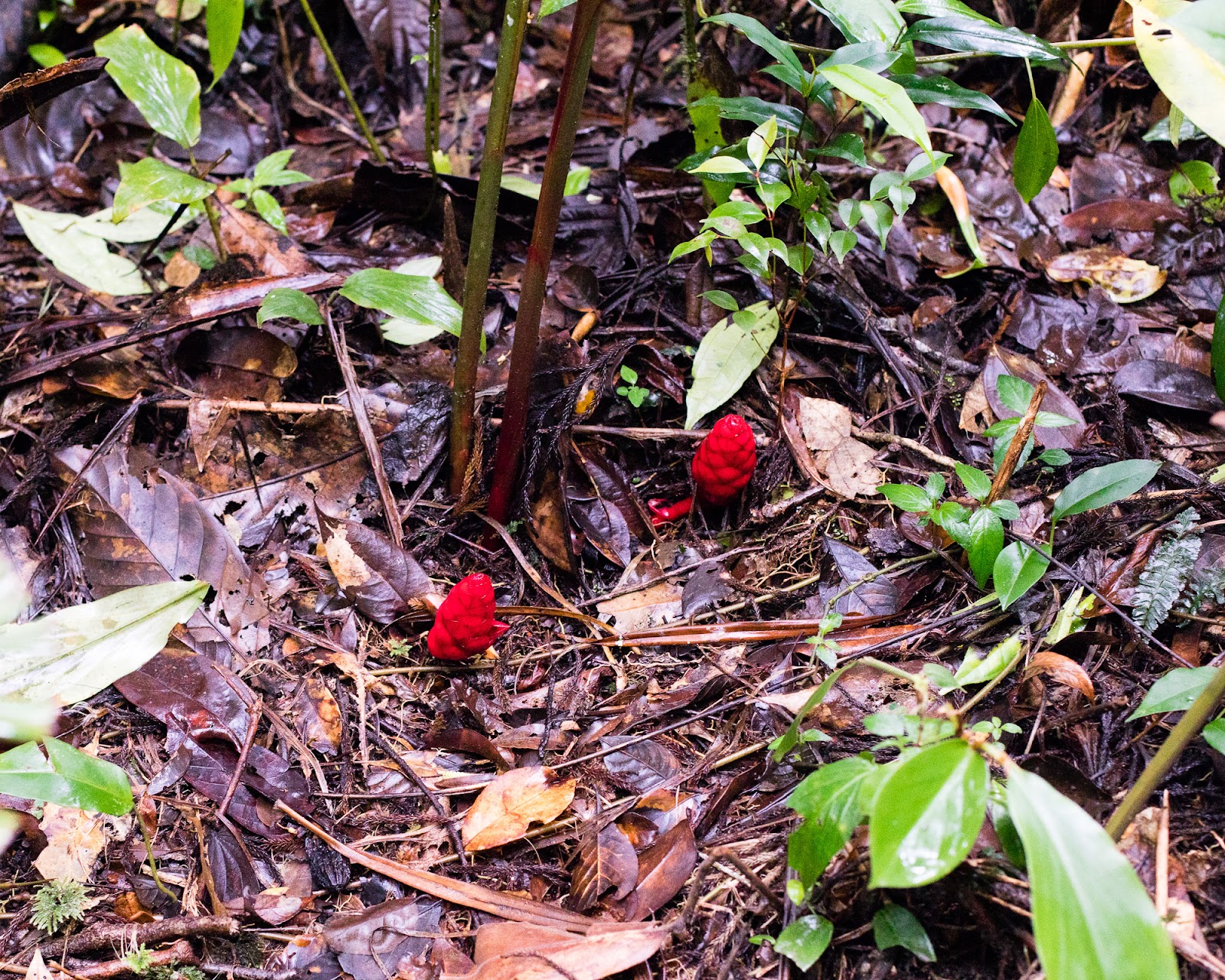 Shoots of new growth from a ginger plant. 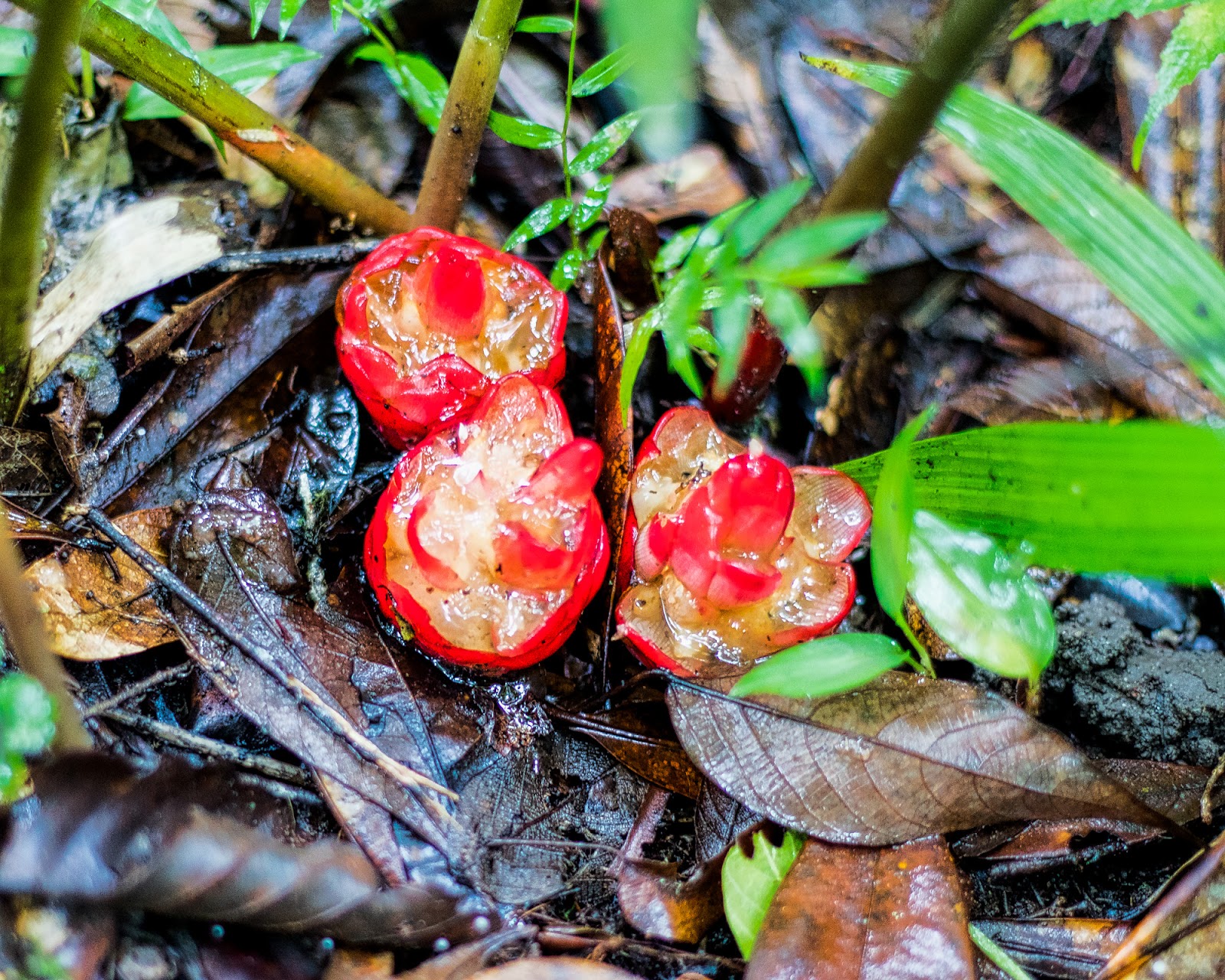 Frogs eggs on the jungle floor. 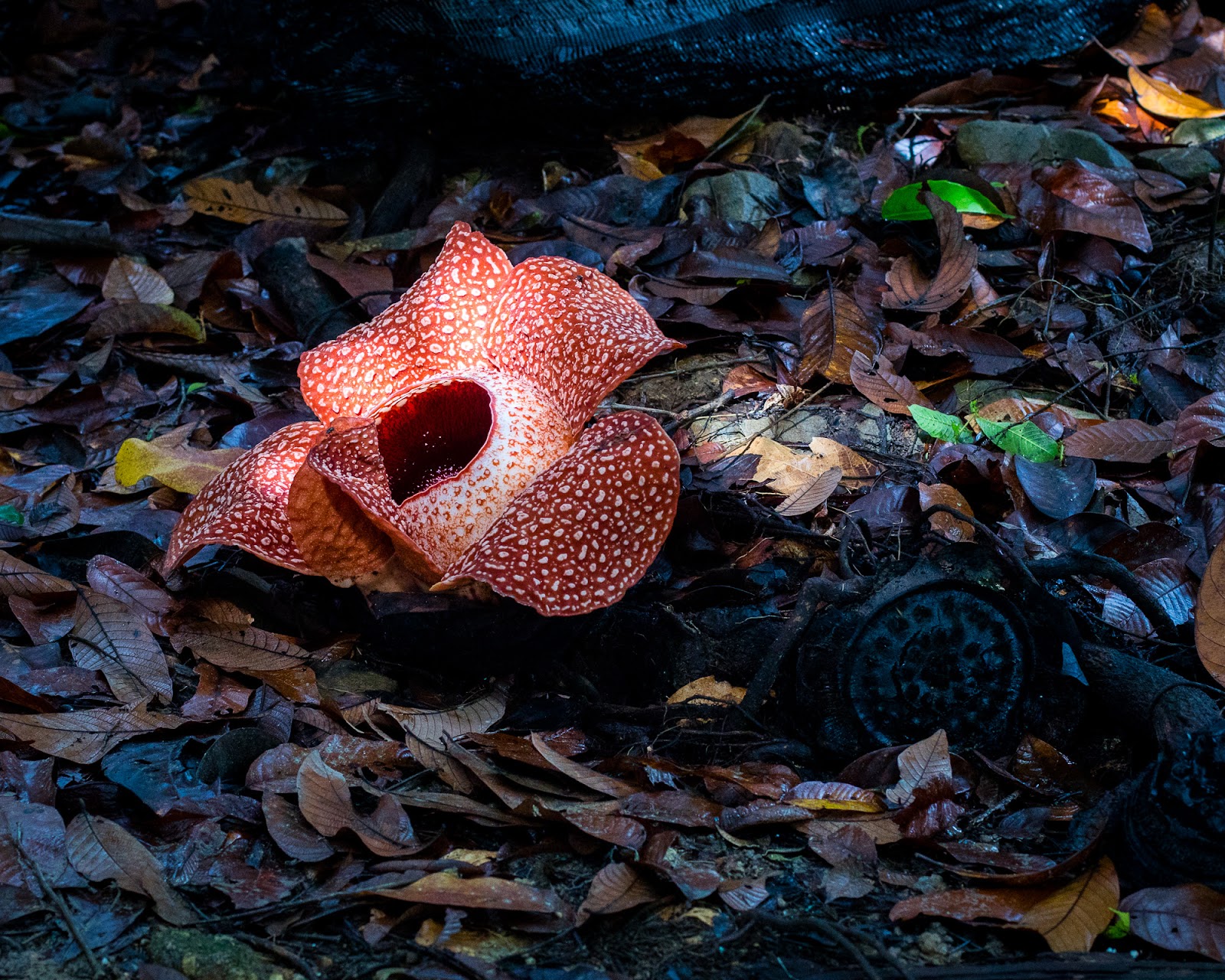 The Rafflesia flower, named after Thomas Stanford Raffles. The plant has no stems, leaves or true roots. It is a parasite of vines, spreading inside the tissue of the vine. The only part of the plant that can be seen outside the host vine is the five-petaled flower. In some species the flower may be over 40 in. in diameter, and weigh up to 20 lb. This one was probably almost 2 ft in diameter. The flowers apparently look and smell like rotting flesh, and its local name is “corpse flower”.  The visible growth of the plant starts with a small bud which takes around a year to form the flower, which then only lasts around one week. The foul odor attracts insects such as flies and beetles, which transport pollen from male to female flowers. Successful pollination is not easy because male and female plants need to be close together and of course in flower, so they are very scarce. 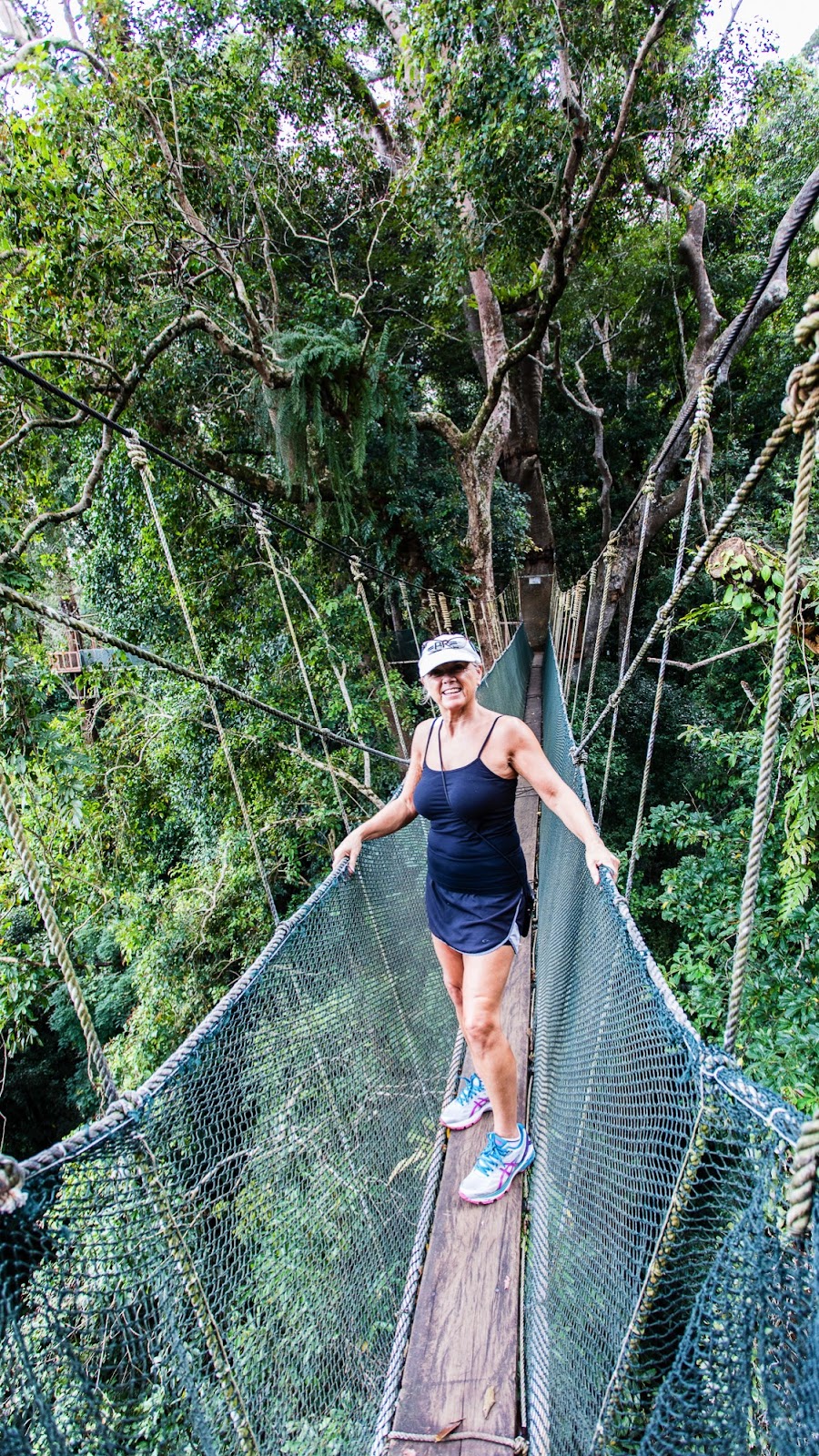 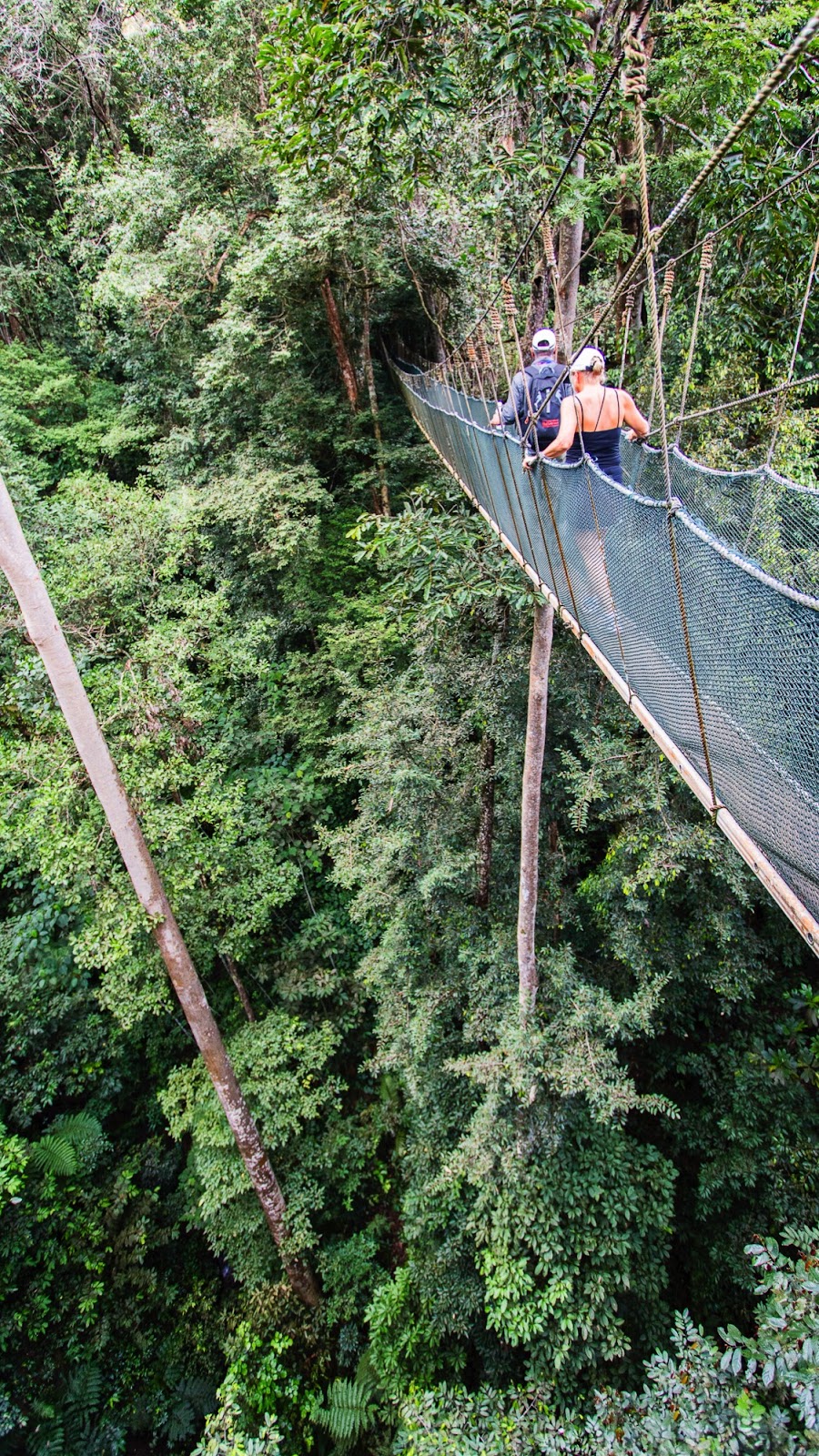 Walking on the jungle canopy, around 150 ft up from ground level. 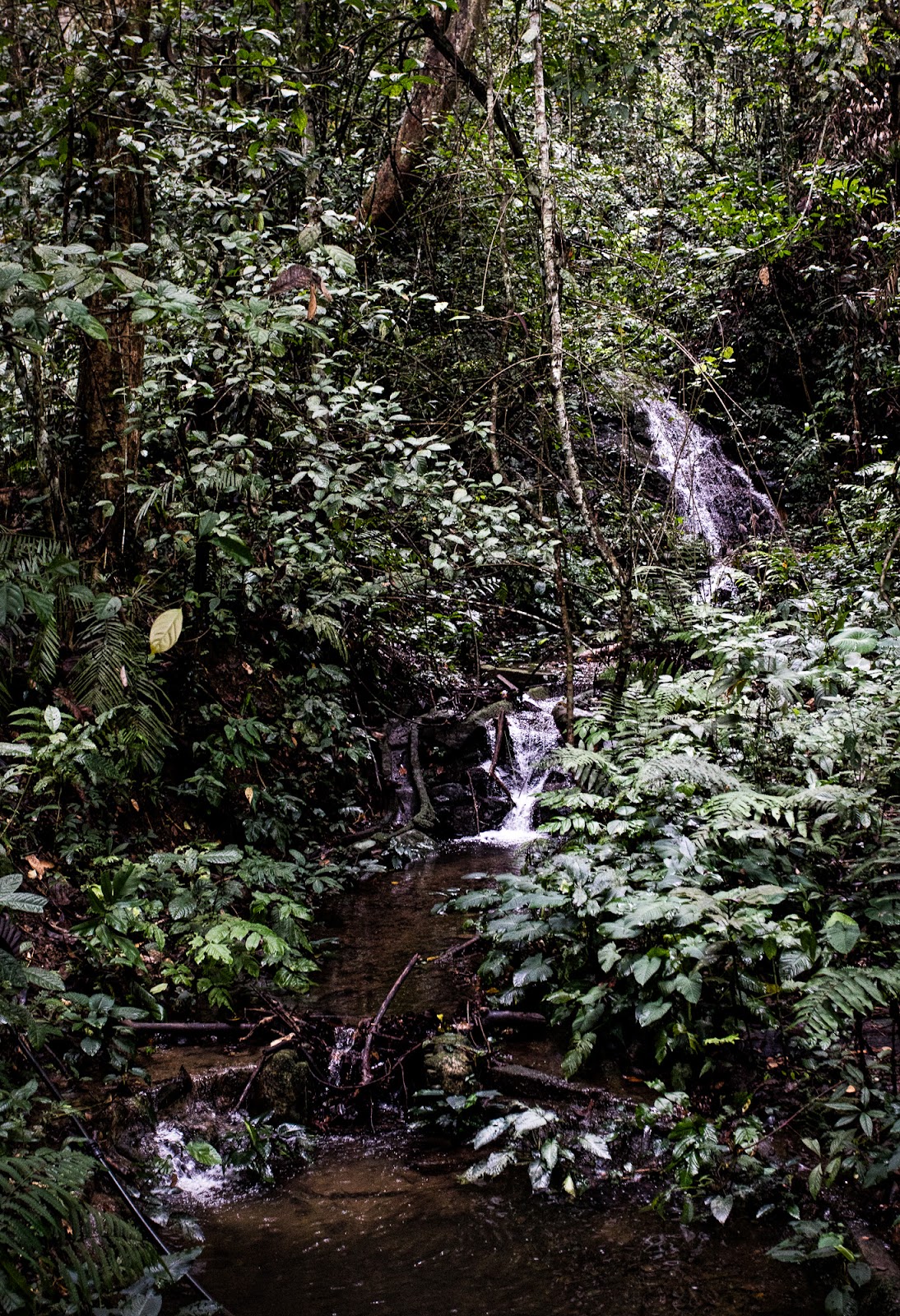 Our excellent guide was able to point out a couple of creatures towards the end of the walk near this waterfall, even as it was getting gloomy in the forest. He spotted a pygmy squirrel and a chameleon, which he said had just been squabbling. It was too dark, and I was too slow, to take any pics of the squabbling creatures. 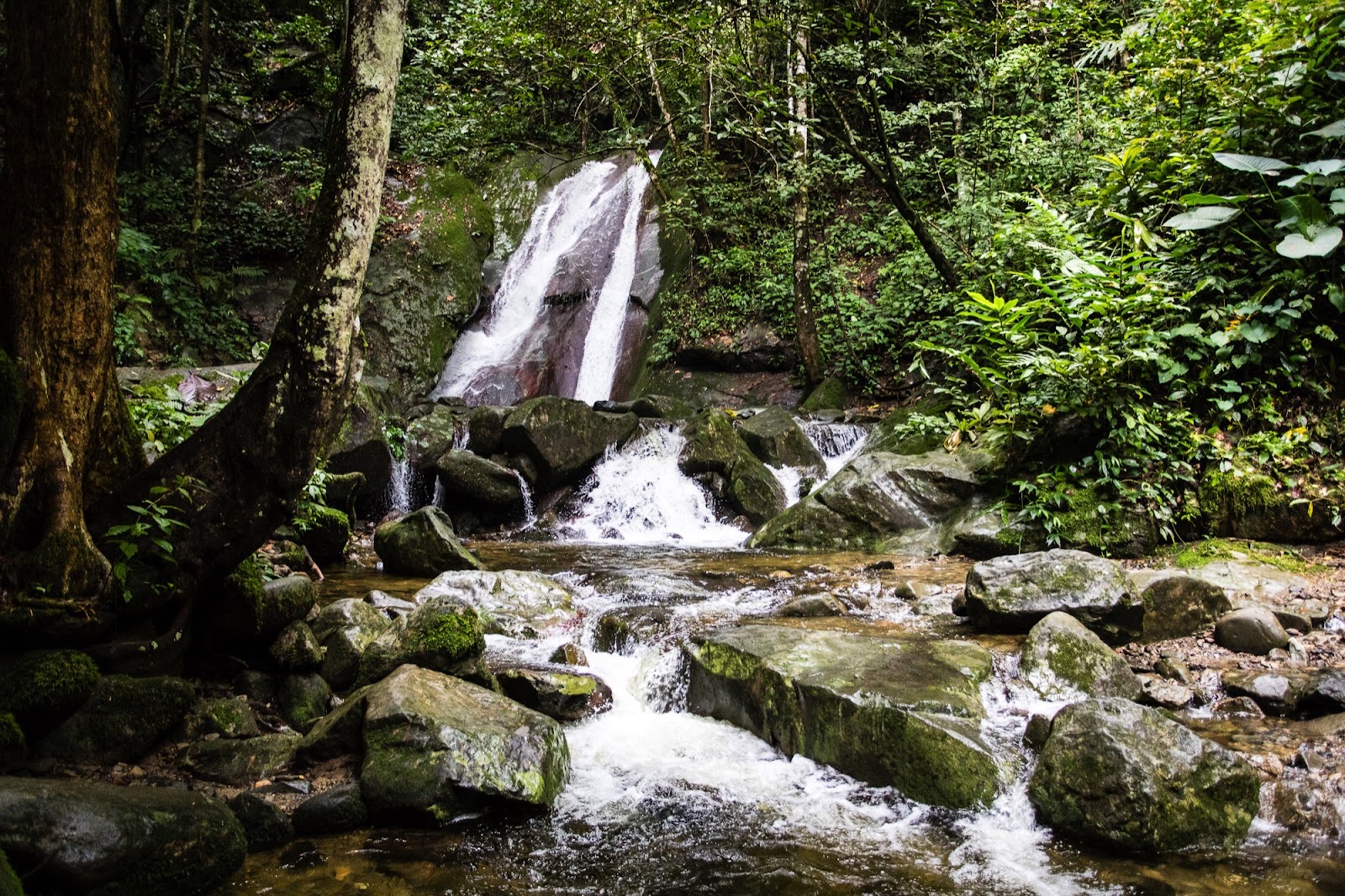 2 thoughts on “Mt Kinabalu and vicinity”